After every Sunday Streets HTX, I round up photographs and reflect on the event. What stood out for me on November 2 in the Third Ward was the play. Previous routes, especially Westheimer and 19th Street, were compact and lined with businesses, whereas on this last route activity was clustered at either end. All that space in between was open to playful appropriation.

In Play Matters (MIT Press, August 2014), Miguel Sicart argues that to play is to be in the world; playing is a form of understanding what surrounds us and a way of engaging with others. Play goes beyond games; it is a mode of being human. I am still reading Sicart’s book and trying to wrap my mind around his rhetoric. In a blog post called “The Accelerated Flaneur,” he writes that “playing is taking over the world to make it ours.” 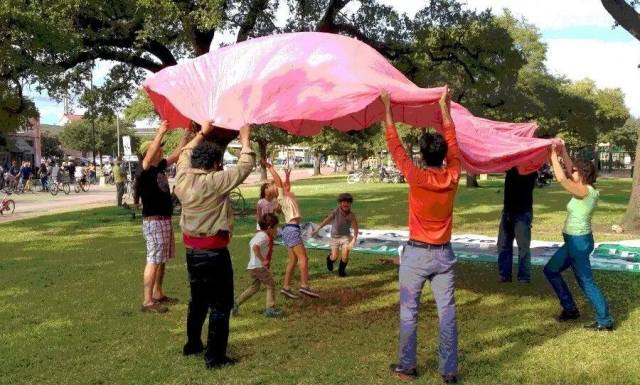 As I pointed out in my unofficial guide and in an interview for KUHF, the Third Ward route turned old dividing lines — African-Americans were permitted to live north of Alabama but not to its south — into a public space. To play along that route, then, takes on a special meaning. There is a politics to every movement, latent or indirect or unintended or overt.

Sicart notes that play can be harmful and destructive, and it can be subversive and liberatory. If at this Sunday Streets in the Third Ward we were taking over the world to make it ours, we have to ask who “we” are. The answer is complex. Participants appeared to come from within the neighborhood and outside of it and were quite diverse by race, class, gender, and ethnicity. Garnering even more people from the surrounding neighborhoods would likely have required more time and resources for door-to-door outreach. 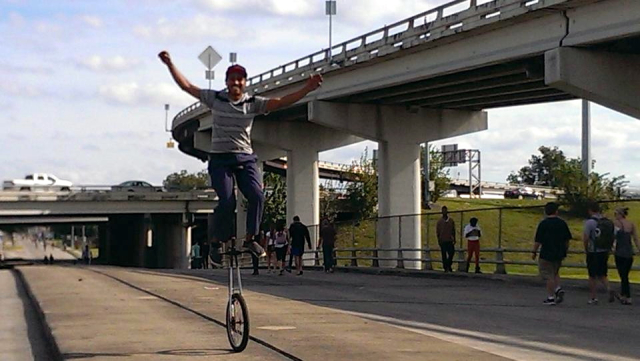 I love the above photo of a man on a six-foot unicycle with his arms raised up. The figure of his body and the unicycle echoes the shape of the highway and its T-shaped concrete supports. He reminds me of the “carry-a-kid” caryatids at the Children’s Museum of Houston (1992, Venturi, Scott Brown and Associates, Jackson & Ryan Architects). This infrastructure was disastrous for the Third Ward when built. It chopped up a community, created a new boundary, displaced families, and accelerated disinvestment. The unicyclist somehow changes that story, temporarily of course, though the image has a life of its own. 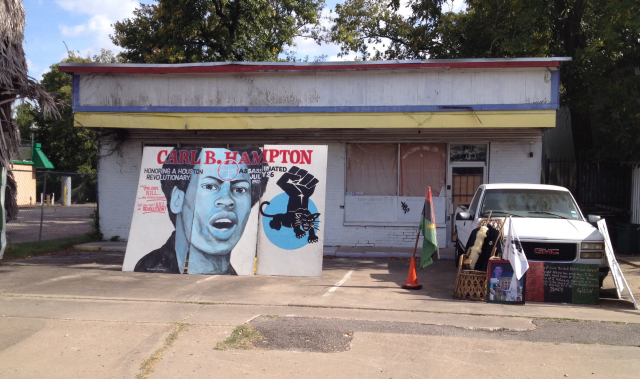 Against the backdrop of huge banners calling attention to the “death” or “assassination” of Black Panther Carl Hampton in 1970, children danced, boxers sparred, fruit from NuWaters Co-Op was eaten, and a group of urban acrobats performed. That’s about as close to a fully realized public space as I’ve ever seen in Houston.

I’ll end with a quote from another blog post by Sicart: “Playing is a vaccine against darkness; playing is learning the world by taking it over; playing is maximising our being as humans.”